We know Africa has a connectivity challenge. Internet penetration stands at 28%, while the world average is closer to 50 percent. When we factor in gender the difference in accessibility is stark, with women being nearly 50% less likely than men to be online. Once online, women rarely use the internet to its full potential: although 97% of female internet users connect via social media, only 21% access critical information about health, legal rights, and transportation.

Many smart people are working to discover why, and building programs to close the digital divide between genders. But as we connect the unconnected, I wonder, what are we connecting them to?

So I spent 2 weeks on a “listen & learn” journey through Kenya, Rwanda, and Ghana, culminating in the Africa Summit for Women and Girls in Technology. I wanted to learn more about the internet issues people face on the ground once they’re connected. What’s being done about them? How do these communities engage with one another to take action?

What sort of Internet are they connecting to?

Internet Shutdowns
Recently African governments have started shutting down the internet and telecommunications during elections, citing “National Security.”  Earlier this year Ugandan officials shut off the internet, and in the process denied hundreds of thousand of people from accessing their hard-earned money. People couldn’t top-up their pre-paid utilities accounts, leaving many in the dark for days. Many lost trust in a tool that a government regulator could turn on and off at a whim. For women, who are already less likely to be vocal about political processes or connected to the internet, egregious acts like this further mute their voices and erase them from society.

Hildah and Simeon work at Jamlab in Nairobi, a hubspace for aspiring techies. They’re pretty sure that Kenyan officials will shut down the internet during their general elections next year. “Politics is a business here,” said Simeon with a resigned smile. “If people organize and communicate at critical times like these, it affects their business.”

Local Content
Loads of local online content is written by men who may not be writing about topics women care about or relate to. Job-searching tactics, sexual reproductive information, and tips for growing your small business are different for the genders, and having this information provided by women for women could be powerful. The internet can be a wonderful platform for resource sharing and community building, but women aren’t participating for various reasons, including lack of digital skills. Women also leveraging the power of the internet to grow their businesses.

To address this, various governments, civil society organizations, and public-private partnerships are building programs to up-level digital skills for women. Mozilla Clubs for Women and Girls, a partnership with Mozilla Foundation and UN Women, is one of these programs with real results to share: 9 months after the initial training, women who had participated in the training had a 20% increase in income. Continuing to promote women’s voices and knowledge online is vital to supporting and sharing information with half of our world’s population.

“Pilotisis”
Investment, training, and programs to support women get online has shown positive results, but many of these programs are short lived and small in scope. The constant turnover of programs -- teaching styles, content, instructors -- has left a few with discombobulated skills that are hard to build upon. Moreover, the lack of long-term planning and program design that connects these women and girls with real employment choices means lost opportunities.

Dorothy Gordon from the Ghana-India Kofi Annan Centre of Excellence in ICT challenged participants at the Africa Summit to think bigger, and longer term. There’s a lot of investment to run gender-focused training programs for women and girls. Studies show that these are impactful, but the longitudinal benefits in this region based on current interventions are yet to be seen. Even within the start-up scene -- a nascent yet vibrant sector -- scale is scarce, and the infrastructure that builds for long-term success is not visible. Surprisingly, TelCos are big players in the start-up scene, but instead of supporting a burgeoning informal industry, they buy up successful initiatives for themselves. 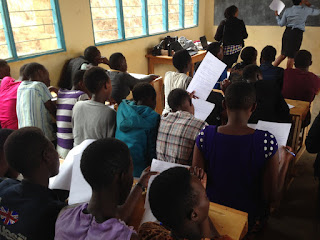 So what can we do?
I asked around about effective advocacy tactics, assuming that online petitions aren’t the best way to get people engaged in these regions. It turns out that Twitter is huge. Like REALLY huge. Earlier this year in Kenya, people took to Twitter using #KoffiKick to deport a popular Congolese musician after he was seen kicking one of his female dancers. Citizens tweeted directly at members of parliament, and within hours of the incident going viral, the musician was deported to Kinshasa.

To protest a bill regulating ICT professionals in Kenya, people again took to tweeting at members of parliament, this time using #KillTheICTBill. Many in the ICT sector took to various social media platforms to voice their concerns and point out the absurdity of regulating an industry built on “disruption.” Within a month, the bill was rejected on the voting floor.

It’s not only in Kenya that Twitter is powerful; in Nigeria the Alliance for Affordable Internet launched a campaign against the Communication Service Tax, a tax on cellphone users. Infographics were shared, a petition went up on change.org, and users across the country tweeted #NoToCommServiceTax to their MPs. The outcome wasn’t exactly what they’d hoped for -- the tax fell from 9% to 5% -- and the struggle continues.

Radio is also a very active and effective means of communication across parts of Africa, and can reach people who might not be online. But it’s still “pay to play,” cutting out those voices that are often the least heard. Around election time, radio is often used by politicians who, according to some people I met, create an “us versus them” rhetoric, pulling on tribal allegiances that otherwise aren’t present. This is where, I think, engaging the diaspora across Europe, North America, and beyond could be powerful. I was humbled to remember that many Africans are multilingual -- they might speak English and/or French in addition to their local languages. And to reach them in a way that honors their linguistic heritage and makes sense, we can and should engage the diaspora. 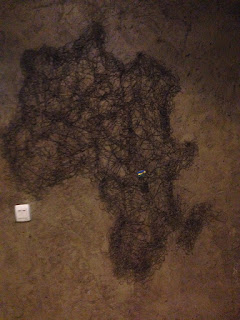 Current State of Play
Open internet issues are often considered partisan, political issues and not rights; the conversation around rights, understandably, is often about access to food, water, and shelter. What often makes this more complicated is that there are various intergovernmental coalitions that make policy decisions: Economic Community of West African States (ECOWAS), African Union (AU), International Telecommunications Union (ITU) to name a few. A journalist I met mentioned that some governments are more susceptible to decisions made by larger, more international bodies -- like the ITU -- rather than regional coalitions, like the AU, even though the decisions of the regional coalitions are better reflective of the local realities.

To deal with these local issues, the women at The Africa Summit for Women and Girls in Technology put out a call for activists to build this movement -- to connect the unconnected women and girls, the lower barriers, and to create a more equitable internet. They called for more and better research around usage, disaggregated by gender. They explained that money isn’t the issue here, but rather the lack of a gender-focused lens on policy issues. Finally, they called for more female role models to stand up and help the next generation of women be more confident in themselves, in the value they have for society, and to build a better internet.
Posted by Melissa at 11:02 AM